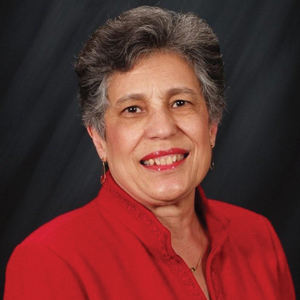 In l957, fourteen-year-old Carlotta Walls was the youngest Little Rock Nine member to integrate Central High School. She and eight other black students faced angry mobs, racist elected officials, and intervention by President Dwight D. Eisenhower, who was forced to send in the 101st Airborne to escort the Nine into the building. Little did she realize that day that this was the beginning of a journey that would challenge prevailing attitudes, break down barriers, and forever change the landscape of America.
Overcoming her initial need to forget her turbulent past, Carlotta Walls LaNier has told her dramatic story for the first time in A Mighty Long Way: My Journey to Justice at Little Rock Central High School. The Associated Press said, “LaNier tells her story with eloquence, dignity, and a riveting sense of urgency,” and Congressman John Lewis calls the book “a marvelous personal account that describes a moving period in the transformative struggle for civil rights and social justice in America.” President Bill Clinton, in his Foreword to the book, writes, “A Mighty Long Way will make you ashamed and proud, angry and hopeful, heartsick and happy…[it is] a story we all need to know.”

After graduating from Little Rock Central High School in l960, Carlotta Walls attended Michigan State University and graduated from Colorado State College—now the University of Northern Colorado, which has awarded her an Honorary Doctorate of Humane Letters and on whose board of trustees she sits. She worked for the YWCA, and then pursued a successful career as a real estate broker in Engelwood, Colorado, where she lives with her husband Ira LaNier. They have a grown son and daughter.

In addition to receiving the Congressional Gold Medal and the NAACP’S Spingam Medal, awarded to her as a member of the Little Rock Nine, Carlotta Walls LaNier is an inductee in the Colorado Women’s Hall of Fame and the Girl Scouts Women of Distinction. She serves as president of the Little Rock Nine Foundation, created to promote equality of opportunity for all, particularly in the field of education. A sought-after lecturer, LaNier has spoken all over the country at colleges and universities, women’s and African-American organizations, libraries and civic groups.