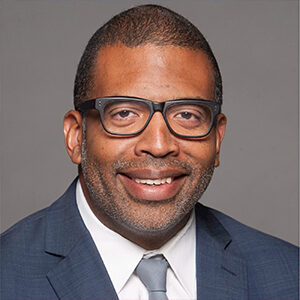 As Principal Deputy Assistant Secretary, Arthur Jemison is the leader of the Office of Community Planning and Development, the policy lead and partner for HUD with American Cities, Counties, States and other local units of government. In the absence of a Senate-confirmed Assistant Secretary, the PDAS is the Acting Assistant Secretary for CPD. To advance this partnership, CPD administers the Community Development Block Grant (CDBG) and CDBG - Disaster Recovery Funds as well as the HOME Partnership program, Homelessness Assistance Grants (HAG) and the Emergency Solutions Grant (ESG).

Arthur joined HUD from the City of Detroit, where he was Group Executive for Planning Housing & Development, leading the City’s efforts toward equitable growth and working in partnership with Directors of the Housing & Revitalization Department, the Planning & Development Department, the Detroit Land Bank Authority, Detroit Housing Commission, and the Bridging Neighborhoods program.

In early 2014, he was recruited by Mayor Duggan to be the Director of the Housing & Revitalization Department for the City of Detroit.  In that capacity, he led strategy, deployment and management of the City’s housing policy and U.S. Department of Housing & Urban Development (HUD) entitlement funding.

Before coming to Detroit, Jemison served as Deputy Undersecretary and Deputy Director, Department of Housing and Community Development for the Commonwealth of Massachusetts.  He has held a variety of both public- and private-sector positions, many related to city planning and urban development.  This includes his role in the Office of Deputy Mayor for Planning & Development, District of Columbia.