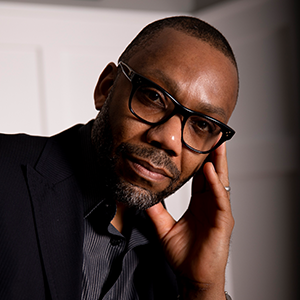 This session sponsored by

Andre Perry is a Fellow in the Metropolitan Policy Program at Brookings, a scholar-inresidence at American University and a columnist for the Hechinger Report. A nationally known and respected commentator on race, structural inequality and education, Perry is a regular contributor to MSNBC and has been published by The New York Times, The Nation, Washington Post, TheRoot.com and CNN.com. Perry has also made appearances on CNN, PBS, National Public Radio, NBC and ABC. His research focuses on race and structural inequality, education, and economic inclusion. Perry’s recent scholarship at Brookings has analyzed Black-majority cities and institutions in America, focusing on valuable assets worthy of increased investment. He is the author of the forthcoming book, Know Your Price: Valuing Black Lives and Property in America’s Black Cities, which will be released by Brookings Institution Press in May 2020 and is currently available through pre-order. Perry’s academic writings have concentrated on race, structural inequality, and urban schools. Perry co-authored the Brookings Institution report, Devaluation of Assets in Black Neighborhoods and has presented its findings across the country, including the U.S. House Financial Services Committee. As a follow-up, Perry co-authored Five-star reviews, one-star profits: The devaluation of businesses in Black communities, which examines the effects of racism on business owners’ bottom lines. Perry’s scholarship and writings on education reform have made him a go-to speaker on structural inequality around schools. For the 10th anniversary of Hurricane Katrina, Perry coauthored School by School: The Transformation of New Orleans Public Education in "Resilience and Opportunity: Lessons from the U.S. Gulf Coast after Katrina and Rita," published by Brookings Institution Press. Perry also co-authored "The Transformation of New Orleans Public Schools: Addressing System-Level Problems without a System," published by the Data Center of New Orleans. He also co authored the chapter Between Public and Private: Politics, Governance, and the New Portfolio Models for Urban School Reform published on Harvard University Press.

A native of Pittsburgh, Pa., Perry earned his Ph.D. in education policy and leadership from the University of Maryland College Park. 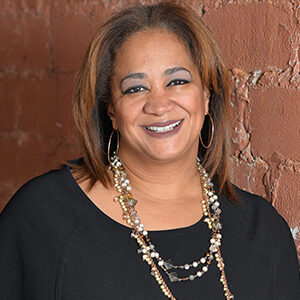 This session will be a conversation between Dr. Andre Perry and Anika Goss-Foster of Detroit Future City